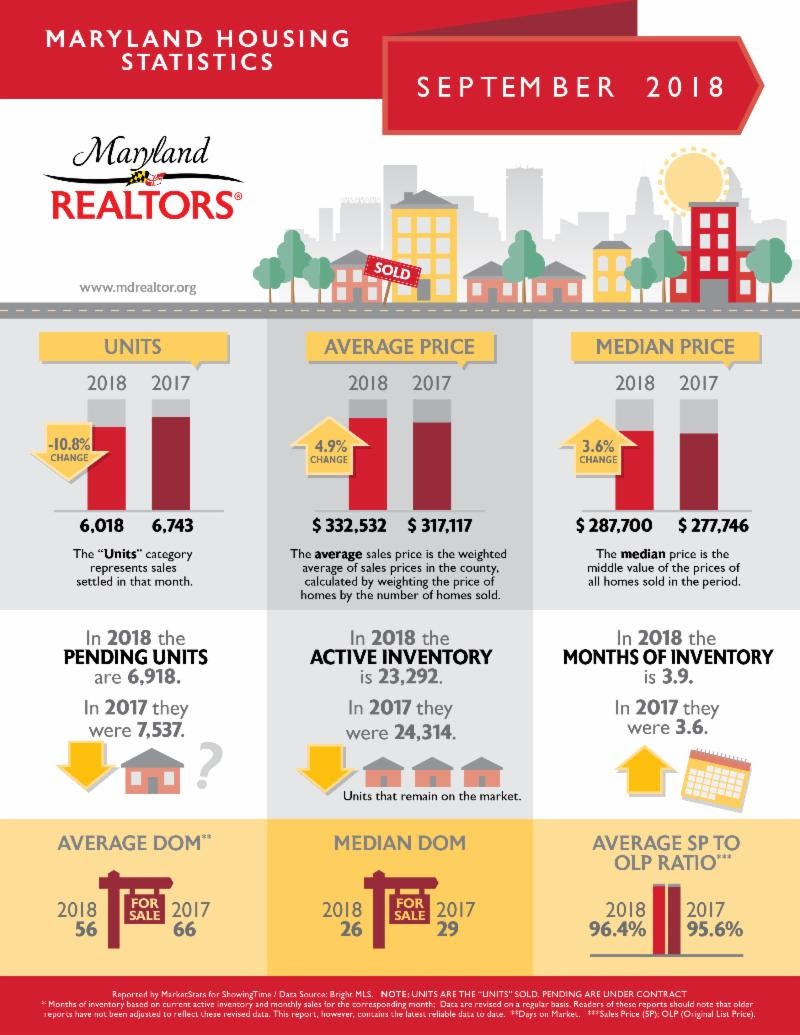 "The average residential home and median sale prices continued their rise for the eighth month in a row," said Maryland REALTORS® President, Merry Tobin. "While the 3.9 months of available inventory is a negligible increase over the 3.6 months of inventory in 2017, this has the potential to start dampening consumers enthusiasm impacting everyone's ability to buy or sell."

A 6 month to 6.5 month supply is considered to be a balanced market.

Pending sales decreased 9 percent in September compared to a year ago to reach 6,918. The average days on market for home sales closed during September was 56, a decrease from 66 in September 2017.

The average sale price compared to original list price for September increased to 96.4% from 95.5% in September of 2017.

Maryland monthly housing statistics are compiled by data as reported by MRIS/Bright MLS. For the purposes of this report, "units" are defined as the closed sales and "pending units" are properties under contract. Months of inventory are based on the current active inventory and monthly sales for the corresponding month.

NOTE: UNITS ARE THE "UNITS" SOLD, PENDING ARE UNDER CONTRACT.

*Months of inventory based on current active inventory and monthly sales for the corresponding month; Data are revised on a regular basis. Readers of these reports should note that older reports have not been adjusted to reflect these revised data. This report, however, contains the latest reliable data to date.